The NDC MP for North Tongu Hon. Samuel Okudjeto Ablakwa has exposed what will be termed as the biggest scandal in Covid-19 saga. According to the legislator who has of late become an investigator, Hon. Ken Ofori Atta was silent on the cost incurred in contracting Smart Workplace Project when he appeared before parliament to account for Covid-19 expenditure recently.

He said this company was contracted to build a software to enable Ghanaians work from home during the Covid-19 pandemic.

Ablakwa stated that the entire project was estimated to cost 8 million dollars. Strange enough, documents intercepted suggest that the minister of communications Hon. Ursula Owusu Ekuful pumped over 31 million dollars into the project. What is worse, the ministry without permission from the Public Procurement Authority handpicked the Nigerian company to carry out that project.

“Speaking with a Gambian delegation on an ICT for development study tour in Ghana on 7th September, 2021 at her Ministry, Ghana’s Minister responsible for Communications and Digitalisation, Hon. Ursula G. Owusu-Ekuful was full of praise for the Smart Workplace Project: ‘I do not know how the public services would have worked during the lockdown without the smart workplace. It is a very helpful tool that helped us during the pandemic.’

So what explains government’s sudden loud silence and hush-hush about its previously much touted ‘amazing virtual working project’ to the extent that it strangely fails to feature in Ken Ofori-Atta’s high-stakes COVID-19 expenditure statement to Parliament? 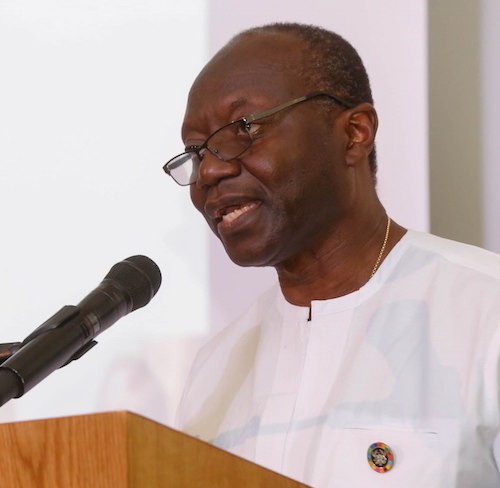 These are probably the reasons

Irrefutable and unimpeachable documents intercepted reveal that the smart workplace intervention implemented during the peak of COVID-19 didn’t come cheap to the Ghanaian taxpayer, neither was it executed transparently and legally.

The compilation of unassailable documents we are reviewing quite painstakingly confirm that for the 2020 and 2021 fiscal years, the Ghanaian taxpayer was saddled with a colossal US$36,061,637.62.

The total sum works out to an impressive GHS290million at current exchange. 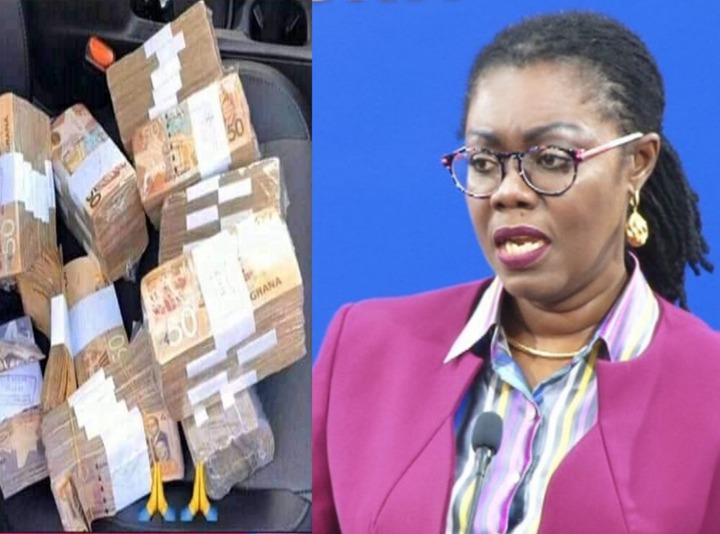 In a 27th January, 2021 letter from the Public Procurement Authority (PPA) signed by the then Acting Chief Executive, Mr. Frank Mante — the PPA described the Minister of Communications and Digitalisation’s 2020 conduct as an ‘unauthorized use of the single source procurement method.’

Ghana’s Public Procurement Act, 2003 (Act 663) as Amended with (Act 914) makes adequate provision for how single-source procurement should be carried out in periods of emergency or during catastrophic events, however, none of those provisions were respected.

It is emerging from a letter dated 1st December, 2020 and signed by Deputy Minister for Finance at the time, Hon. Charles Adu Boahen that Cabinet approved only US$8million for the Smart Workplace Project.

It remains a mystery how the Communications Minister defied this Cabinet decision and proceeded to award a US$31.5million contract.

Our indisputable findings reveal that Smart Infraco Limited had absolutely no track record before being handed the lucrative, albeit illegal contract.

The company was incorporated as recently as 9th October, 2019 – a few months before signing the Smart Workplace sweetheart deal of March 25, 2020.

Nigerian Connection and Domination of Sector

It is disheartening to observe that despite the many celebrated Ghanaian indigenous IT firms which are globally sought after, Smart Infraco Limited with absolutely no track record that measures up with Ghanaian tech companies is the most preferred by government when its promoters and lead directors are Nigerians.

As a Pan Africanist, I would have had no reservations per se, were they a company with a proven track record and basic respect for our procurement laws.

Interestingly, it’s lead director, Angela Onwuka who signed the notorious March 25, 2020 Agreement, publicly admits she has no IT background. She claims to be a Fellow of the Institute of Chartered Accountants of Nigeria (ICAN).

Her powerful Nigerian backers led by the ever shadowy and elusive Philip Olaiya now dominate and totally control government contracts in the Ghanaian IT ecosystem. They have recently floated another company known as Ascend Digital Solutions Limited which like Smart Infraco is outsmarting the uninitiated and unconnected. With this new vehicle, they are poised for a firmer grip and an even much bigger lion’s share. From the opaque Kelni GVG deal; enhanced e-Government Infrastructure project dated 2nd November, 2020; World Bank US$115million eTransform Ghana Project; to the new Airtel Tigo Ghana Limited and Ascend Digital Solutions JV created to grab the Exim-China/ABSA Bank €164.9million Ghana Rural Telephony and Digital Inclusion Project — a deal we shall discuss in detail another day; the illegal and unpatriotic state capture by abominable proportions ought to be condemned and dismantled. 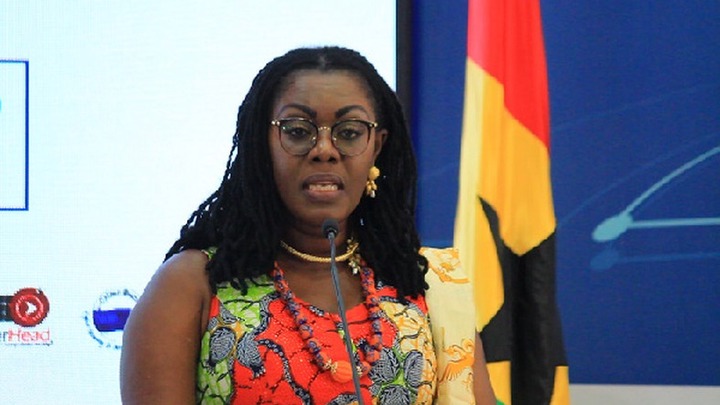 How many other dubious COVID-19 expenditure items did the Finance Minister conceal from Parliament and the Ghanaian people?

What is the true total COVID-19 expenditure?

When will Government sanction and prosecute its own officials violating our procurement laws with utter impunity?

Parliament’s special joint committee of Finance and Health about to forensically probe COVID-19 expenditure has the most crucial mandate in Ghana’s entire parliamentary history. 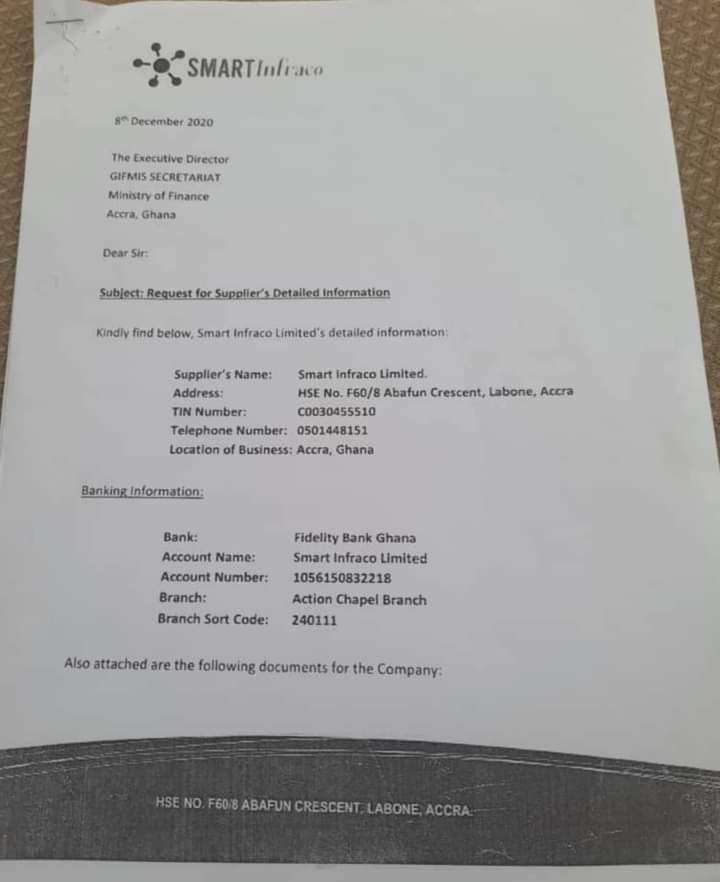 For a government that has initiated prosecution on procurement charges leading to people languishing in jail; a government still prosecuting political opponents for alleged procurement breaches; an Akufo-Addo presidency happy to serve as a willing conveyor belt leading to the removal of an Electoral Commissioner who declared him winner of the 2016 elections — the current developments and countless cases of procurement infractions all make for a fascinating future ahead of us.”

It will be recalled that the speaker of parliament agreed to a call by minority to probe all Covid 19 expenditure. He directed the committees on finance and health to carry out the exercise and report back to parliament in October this year.